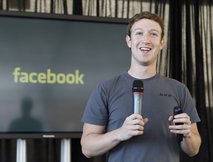 Nearly everybody has pored over the Facebook e-mail announcement and various conclusions have been reached, both positive and negative. Most people have been focusing on the utility it offers, or the privacy we might surrender when using it.
In my opinion, people have missed the most important point. Facebook Messages really does have the potential to revolutionize Internet communications, but not for any of the reasons already discussed. I think that Facebook's new e-mail service is the first step towards authentic communication--something that's massively overdue online, and an evolutionary step for the Internet. However, to understand what this means, we need to look at how people communicate online right now.
The Internet is an anonymous place where, essentially, people are identified by many different nicknames. This came about because of the archaic system of usernames, wherein a user is requested to uniquely identify themselves by--usually--12 or fewer characters. This is a relic of the way computers had to work back in the 1970s, but there's absolutely no technical requirement for it nowadays.
It's always struck me as odd that, on sites such as eBay, people carry out business under a nickname. Have you ever thought it odd that you're handing over money to somebody who identifies him or herself as cooldude1972x, or kitten_bite60?
Sure, once the auction has finished, name and address details are automatically shared between parties, but eBay is by no means unusual in allowing its users to hide under a veil. Very few people online identify themselves personally.
I received some e-mail feedback about one of my recent blog postings from somebody who identified himself (herself?) as "Slinky". Have you ever tried having a reasonable conversation with somebody called Slinky? It's challenging. And I'm reasonably sure Slinky wouldn't have been as forthright in his views if I'd known his or her real name.
However, on Facebook, most of us do identify ourselves by our real names. We have to do so in order for others to find us, or know who we are. Additionally, other users vouch for our authenticity too. In other words, powerful user authenticity is built in to the system. To enforce this, Facebook has a strict policy when it comes to changing your name. Should you want to switch to a nickname at a future date, you'll find it's surprisingly difficult to do.

Facebook Messages' main distinguishing feature might be that it adds a layer of trust to Internet communication, built on the fact it knows who we really are. If you receive an e-mail via Facebook Messages from Keir Thomas, then you can be reasonably sure that's who I am and I haven't simply configured my e-mail client to make it seem so.
As such, this could be the start of something important. For some time now I've been arguing that the next evolutionary step in the Internet will a non-anonymous layer.
Why's is authenticating users necessary? Ask your bank, which loses millions of dollars in online fraud every day. As far as their computers are concerned, if a user taps in the correct series of passwords then that's 100 percent proof they're authentic. The banks know this is a ridiculous state of affairs but--outside of issuing each user with special hardware that authenticates them, an extraordinary and expensive arrangement--there's nothing to be done.
As experience has proved, passwords are a pretty poor method of authentication. They can be stolen via various means - everything from keylogger software to an individual simply standing over your shoulder as you type.
Using its privileged knowledge of who people genuinely are, Facebook could feasibly build its service into a fully-fledged user authentication system that other services could make use of. An e-mail from a Facebook Messages account can be trusted. Period.
The knee-jerk reaction from users might be to shy-away from this. This is perhaps why such authentication systems aren't yet being discussed. Facebook want to get you addicted to its mail service before it begins to leverage its power.
Whatever the case, the benefits for both businesses and individuals could easily outweigh any privacy concerns. The potential to drastically cut down on online fraud is a very powerful incentive.
The finer details of such a system have yet to be worked out, of course. The biggest stumbling block will be the degree of trust we afford Facebook, and right now very few of us trust Facebook even one bit. But this was always going to be Facebook's biggest stumbling block when it comes to long-term growth and I'm sure that, right now, various highly intelligent minds at Facebook HQ are working on ways to deal with this.

Keir Thomas has been writing about computing since the last century, and more recently has written several best-selling books. You can learn more about him at http://keirthomas.com.