This is just an general discussion. I thought of sharing a survey that I came across and woulld like to know your opinion on it.

A recent survey was conducted in a school, where pre-service teachers complained about web communication. Two students said they were tired of blogging. One said his sister blogs 24/7, and he hates it and would never use it in his classroom. Several students said they just didn't get around to participating regularly--it was one more thing on their to-do list. Are we beginning to see a backlash as technology integration moves from gee-whiz to ho-hum?

Permalink Reply by JenSocial on April 28, 2010 at 1:14am
I can't imagine anyone being bored with technology, except someone who is too lazy to research and learn more. Now, I only refer to people who say they're interested in Technology, yet say they are bored. For those who are not interested in the subject, that's okay too. There are plenty of things in this World, outside of Technology. Although I can't say that's been very true for me. But, my excuse is, I LOVE Technology. The list is never-ending on what a person can learn in the World of Technology. I've been working with computers more than 1/2 my life. I had my first Radio Shack TRS-80 in 1982. I can honestly say, in those 25+ years, I bet I could count on 1 hand, the days (aside from any illness or short vacation), that I have not been studying some type of technology. So, my take on it is: people are lazy. A lot of kids today are totally over stimulated with too much going on, at one time. And that's not their fault. It's all they know - - all they've ever known. So, maybe that fact, in and of itself, contributes to the ho-hum-ness - - makes sense to me. But, I still say
laziness causes boredom. I don't think I've ever been bored in my life. There's just too much to learn, and too much to life, to be bored. On the average, I'd say, too many things are
given to younger generations. Their expectations are way too high. Therefore, causing a huge issue with focus, concentration, motivation, determination, and the list goes on. Don't get me wrong. I'm not so old that I'm closed minded and set in my ways, not bad I don't think. But, take my case as an example. I'm in the over 40 crowd. I could use the excuse that newer technologies are too difficult, not my bag of tea, or whatever. Instead, I continuously study, learn more, and in fact, in the past 3 years I have worked around the clock in Social Media with an emphasis in Social Networking and Web Design. I have been a Director over Corporate wide Internet projects, and haven't missed a beat since the inception of the Internet. I could easily deem myself a Social Networking Expert - - sorry, that sounds pompous, and I don't mean it that way. I'm just trying to make a point. But, it took work. It took dedication, and continues to take working on it, everyday. k, I'll get off my soapbox. I hope I'm not coming across too harsh. But, dang it, lazy people, get off your tuchus and "DO IT". Just my thoughts, Jen P.S. Truth is, someone saying they're bored, is one of my pet peeves: 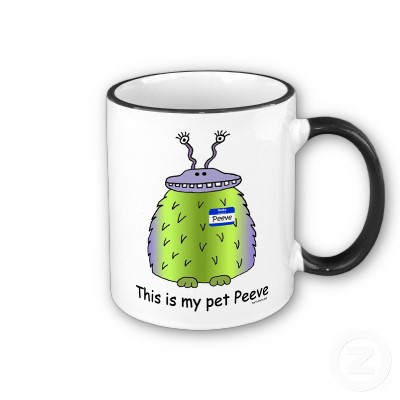 I am totally with you on this particular line. I am quite amazed to see your experience too down the line. Indeed, people who really makes some effort in life to learn new things and then use it in their life for good cause, they really do well.

This brings one saying from an animation movie
"Yesterday is Past which cant achieved once lost, Tomorrow is future which keeps us in surprise and that today is a gift, that is why it is called Present".

Therefore, my take would be to enjoy life as it comes, even when it comes to learning new things and dont get bored because tomorrow is always full of surprises.

Permalink Reply by JenSocial on April 29, 2010 at 10:38am
Amen to that. As much as I love technology and the Internet, it concerns me greatly on how much time kids are spending inside - - hiding behind a screen, being physically non-active, socially inactive and unaccountable, and not being involved in real-world community events.

Obesity in children today, proof in the pudding. Socially inept, proof in the pudding. De-sensitivity was bad enough with too much violence on TV, then Video Games. Don't get me wrong, lot of good from games; I'm talking about the ones where it's all about killing and pain - - desensitizes, no matter what anyone says.

Anyhow, the huge loss of accountability, is downright scary. That's extremely true of Adults online, as well. Wow, another topic for discussion, not doubt.

So hopefully you're right. They are bored. They will move on. They will put a toe outside the door, more often.

how ironic it is, that "everything has an expiry date"